Forgotten Harvest: Moving Donors and Volunteers in Your Headquarters 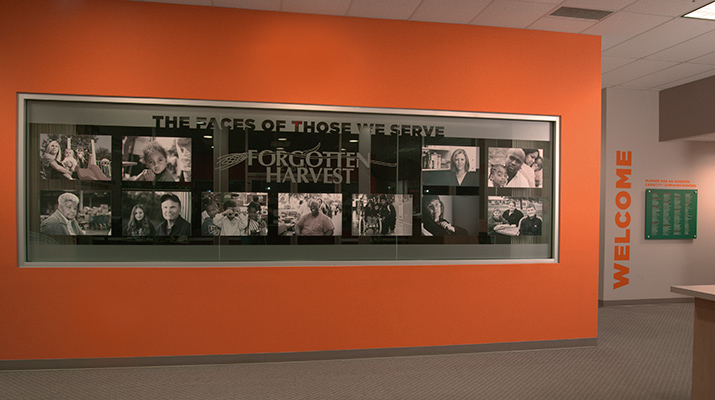 03 Jun Forgotten Harvest: Moving Donors and Volunteers in Your Headquarters

Custom signage in the entrance and lobby were used to welcome volunteer groups and visitors. Photos ©2014 Gene Meadows.

Jon Moses and the team at Ideation completed an interior update designed to move the minds and hearts of thousands of volunteers and donors that walk through the doors of their headquarters and warehouse every year. Forgotten Harvest is America’s largest and most efficient food rescue organization. 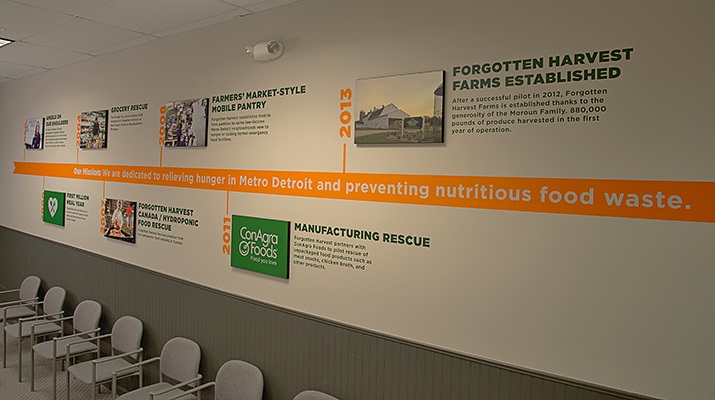 One wall in the board room was used to communicate the timeline and mission of Forgotten Harvest. Photos ©2014 Gene Meadows

“What we do at Forgotten Harvest is impressive and we wanted to use the building to communicate more of our story to the thousands of volunteers and donors that come to the organization’s headquarters each year. In a simple tour through the space, we wanted to create a natural experience that allowed our guests to better understand who we serve, our history, the scope of our operation and our many innovations. Of course, as the most efficient food rescue organization, we wanted to do this effectively, but efficiently,” said John Owens, Forgotten Harvest Communications Director. 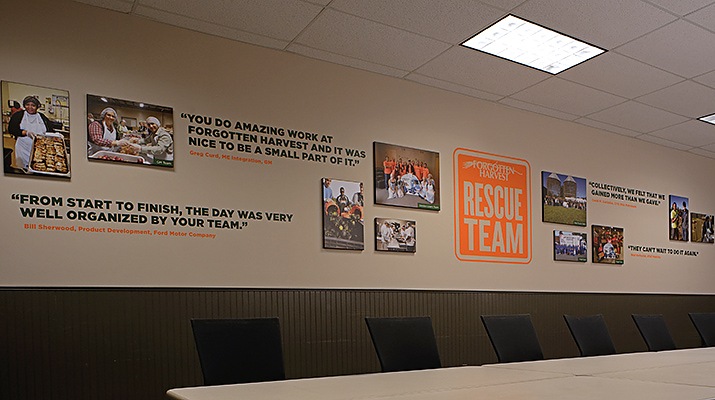 Custom signage on a second wall in the board room was used to recognize the variety of volunteer opportunities and many of the corporate volunteer groups that make up the Rescue Team. Photos ©2014 Gene Meadows

According to Ideation team member, Daren Bossenberger, “we started by listening to the important stories that needed to be told and understanding how the space was used by various groups. We then mapped the story to the walls. Our creative team poured over existing Forgotten Harvest assets in order to take advantage of existing photography to help tell the stories visually. A series of renderings were used to road test and refine our ideas with our user groups prior to producing and installing the final solution.” 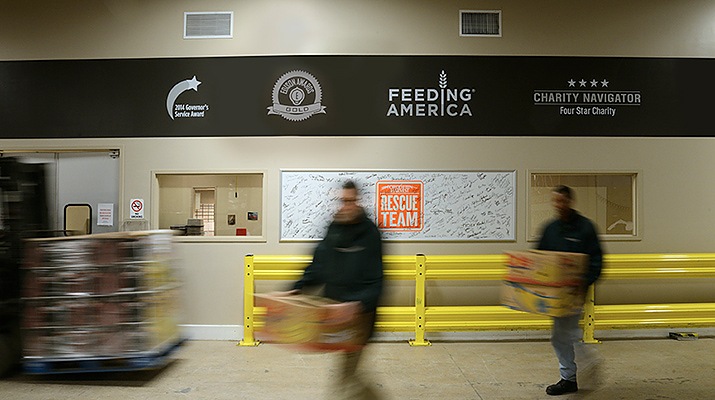 Awards and recognitions were brought to the walls of the warehouse where the majority of time is spent by volunteers. Photos ©2014 Gene Meadows 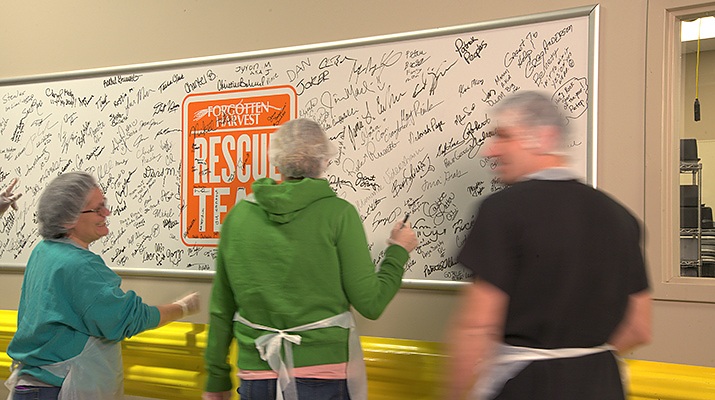 A Rescue Team wall of fame was designed for volunteers to leave their mark and create a visual representation of the over 12,000 volunteers that contribute more than 66,000 hours every year. The framed signature panel is designed to be removed each year and showcased in the warehouse. Photos ©2014 Gene Meadows 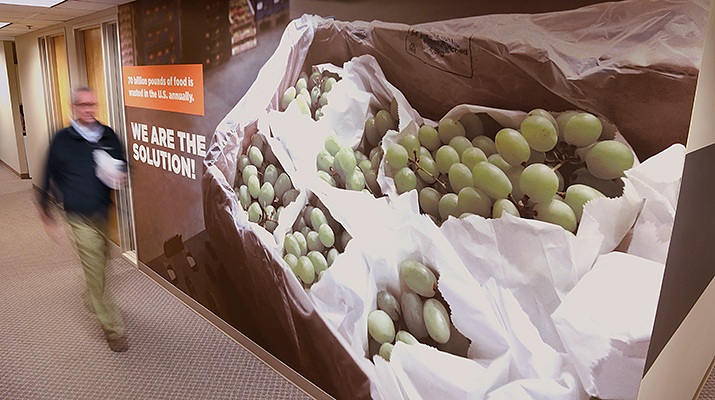 Five large scale wall murals were designed to change how people feel in the space and create natural opportunities to tell a story on the tour. Photos ©2014 Gene Meadows 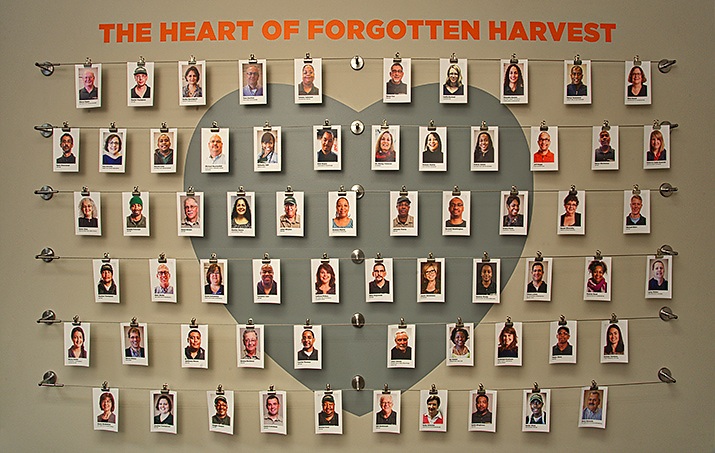 The all-star team of employees at Forgotten Harvest is the heartbeat of this organization. A wall was dedicated to storytelling about this incredible team. Photos ©2014 Gene Meadows